To fix Pakistan, all Imran Khan needs is… 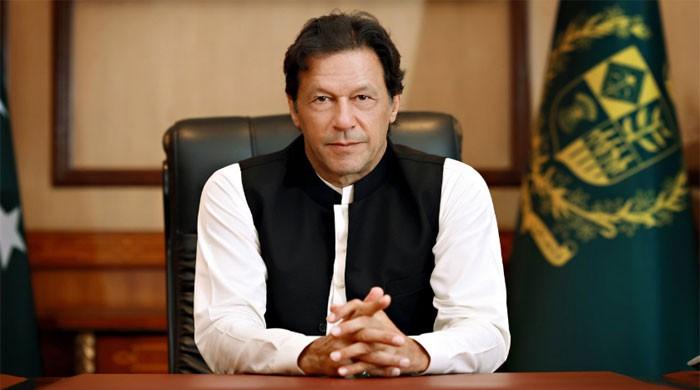 It is such a high time for every Pakistani and we as a nation are at the peak of our receptiveness towards any change that’s put forth. A bit of reinforcement in terms of some intrinsic rewards can further ensure the desired behavior from masses.  Dear Imran Khan,  here are some ideas that may help you rethink some of your recent decisions to engage a lot more Pakistanis for a rather quick financial turn around.

You have shared about your plans to turn Murree house into a seven-star hotel, great. This can definitely help collect some additional revenue and since there are not much details about this available just yet, I will take the liberty to speak my mind here. I am not sure how much you plan to charge per night in such a hotel but how about charging to the north of $10,000 per night? Sounds crazy? Well, Royal Penthouse Suite of Hotel President Wilson in Geneva, Switzerland charges $80,000 per night. Ok, don’t go that far, Maharajah Pavilion of Raj Palace in Jaipur, India charges $65,000 for a single night. There are a few dozen places in India that charge around $10,000 for a single night. And guess what, people go there and spend that kind of money.

So what if you set same kind of fare and yet sweeten the deal more by offering guests a piece of Pakistan’s history? What if every guest who boards in first 100 days is also given this life time opportunity to have their photograph on a “picture gallery” inside the residence? Sooner you come, bigger the picture you get. You can actually do that with every guest that follows after 100 days with having their names inscribed may be on the house walls or somewhere in the grounds. That’s essentially giving a value that no amount of money can ever buy. Now go to ex-pats and other friends of Pakistan with deep pockets, invite them over to be part of Pakistan’s history and many would love to spend that kind of money wholeheartedly. In fact, some would be interested to spend a night in all of these residences. Even a royal reception package of “Rediscover Pakistan” costing may be $50,000 for a 5 days stay in 5 different houses along with a guided sightseeing tour in the vicinity can also be thought out by tour experts.

In the name of austerity, you also promised a simple life and opening up of all of the luxurious government buildings to public. But the real question is, does that really serve the public anyways or the government itself? Yes, they can go there and see for themselves the lavish life style of the lot living off of tax payer’s money, who were failing them in providing with even basic necessities of life. But on a second thought, isn’t this the kind of disparity between the powerful and the weak they are already a victim of? Watching those luxurious buildings so closely when they are still not even having the access to clean drinking water would only elevate their misery.

On the flip side by just having an entry ticket of 500 Rs. would have made this a buzzing success story. Don’t get mad at me just yet. I know 500 Rs are way too much for the public and how on earth they can alleviate those negative connotations attached to their experience I just spoke of? Let me complete. This price tag would come with the assurance that all proceeds will go to Chief Justice’s Dam fund. Now this will add a certain value and purpose in visiting these places changing the whole perspective altogether. This would also help you collect some funds while ensuring that visitors will abide by the rules of admission and we will not see litter spread all over the place in few months. Now you could come on TV and ask masses, enticing them to help save Pakistan by visiting these places and many who are not moved enough yet, would go and spend that money happily visiting their national heritage and contributing to the national cause at the same time. The value proposition against those 500 Rs would suddenly go well beyond a simple tour to the extent of becoming a part of building a better future for the generations to come.

You have asked ex-pats to send $1,000 donations. Well, this was a real gem of a move but this could have been made even better if those expats could also get an opportunity to be a permanent part of the Diamer Bhasha Dam’s story. All we need is a “contributor’s wall” on the dam site with name of every expat contributor on it which I hope, is still a workable idea and gives those Pakistanis a value they can cherish for rest of their lives. This would also give them another reason to have a visit to Pakistan just to see their names on the dam site.

So far to get micro donations for Dam from masses, we have a telco-backed campaign going on where someone can donate 10 rs by sending a text message on a short-code. When you send that message all you get in return is an acknowledgment. You feel good about it for a while and that’s where it ends. People generally feel more satisfied if they get something intangible in return. So here is another idea that can contribute to the funds drive.

Post office department is sitting on one of the largest infrastructure setup in Pakistan having physical reach to almost every corner of Pakistan. That gives them the golden opportunity to issue limited- edition ‘Dam Fund Tickets’ worth from 100 to 1,000 Rs., which people could buy as collectibles or to be used for their regular postal needs. And believe me, there would be people buying entire strips of those tickets to be framed and hanged on their walls as a receipt of their service to the nation.

All of the above decisions can further be made irresistible by offering some interesting rewards that are more intrinsic in nature for all of the funds-drive participants. For example, a raffle system can be introduced where people who are visiting these places or buying stamp tickets and ex-pats donating their dollars can be given a chance to spend a night in one of these residences, a personal thank you note signed by the premier, a photo opportunity with the president, or may be a meeting with a celebrity.

Some of the above ideas require no or minimum structural or even procedural changes and the ones that require some extra work for example the raffle system, PITB can help there. They have quite a lot of excellent initiatives on their credit and have a great team at your disposal. They can quickly roll out something to manage the system.

So Mr. Prime Minister, a bit of openness and creativity in your approach can really go a long way in not only quickly turning around on financial side but also help build a better nation in the process. Do not dare waste this chance you have been given! Please! You may not get another one and no, you would not be forgiven if you failed us.

Lastly, I would urge my readers to help spread the word if whatever I am saying makes any sense. Make sure, people who are in the position to influence these changes know about these changes. Make sure people who are in power do not take us, the public, and our opinion for granted. Make sure voice of a common Pakistani like yourself is heard. Help yourself to help make Pakistan a better place to live. Long live Pakistan.

Touseef is THE resource with respect to Social Media Marketing, Digital Marketing and SEO. He work has been nothing less than perfection and par excellence. His budgeting, costing, analytic skills are unmatched. His concept of a product are mind boggling. Touseef's strategy in line to the project and team management is something any organization would END_OF_DOCUMENT_TOKEN_TO_BE_REPLACED